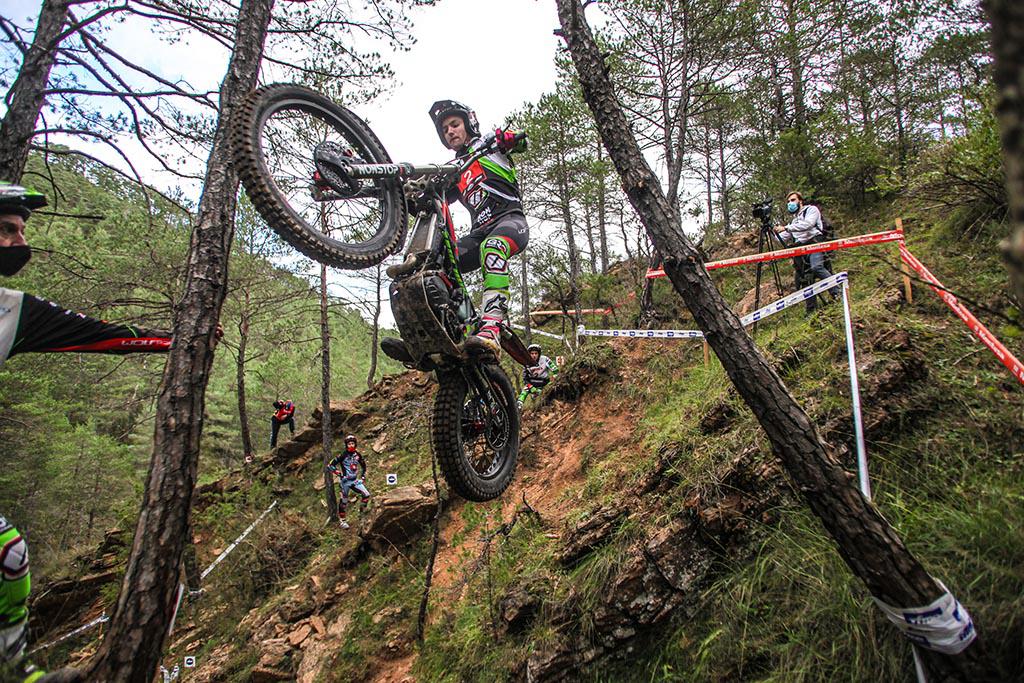 Vertigo Factory riders proved over the weekend they continue in top form as they got to the podium of some of the most competitive National Championships. In Spain, Jaime Busto delivered two outstanding performances in Ripoll, specially on day 1, in which the Spaniard clinched an impressive victory over Raga and Casales. On day 2 he battled again for the top spot to finally record another podium finish with a third place.

The current Trial125 World Championship leader Pau Martínez left Ripoll with a pair of great third places in the TR2 class, while Berta Abellán won the Women A class on both days and grabbed two Top 10 finishes in TR3, 9th on day 1 and 8th on day 2.

In France Hugo Dufrese stepped on the podium for the third time this year in the premier class with yet another second place finish. Despite the trial being held in heavy weather conditions, the youngster managed to hang on to that second spot despite receiving the pressure from TrialGP rider Benoit Bincaz.

Timo Myöhänen wrapped-up his ninth National Championship in Finland, the fifth one on a Vertigo after completing another dominant season in the series. Lorenzo Gandola fought hard to get to the Italian Championship Top 3, the former Trial125 World Champion ended up 4th on day 1 just one mark away from the third place. On Sunday a big crash on section 8 costed him valuable points, but was able to bounce back to finally round out the Top 5.

Vertigo Factory riders will continue their training programs with their eyes set on the 2020 TrialGP World Championship showdown set to take place in Italy in two weeks time.