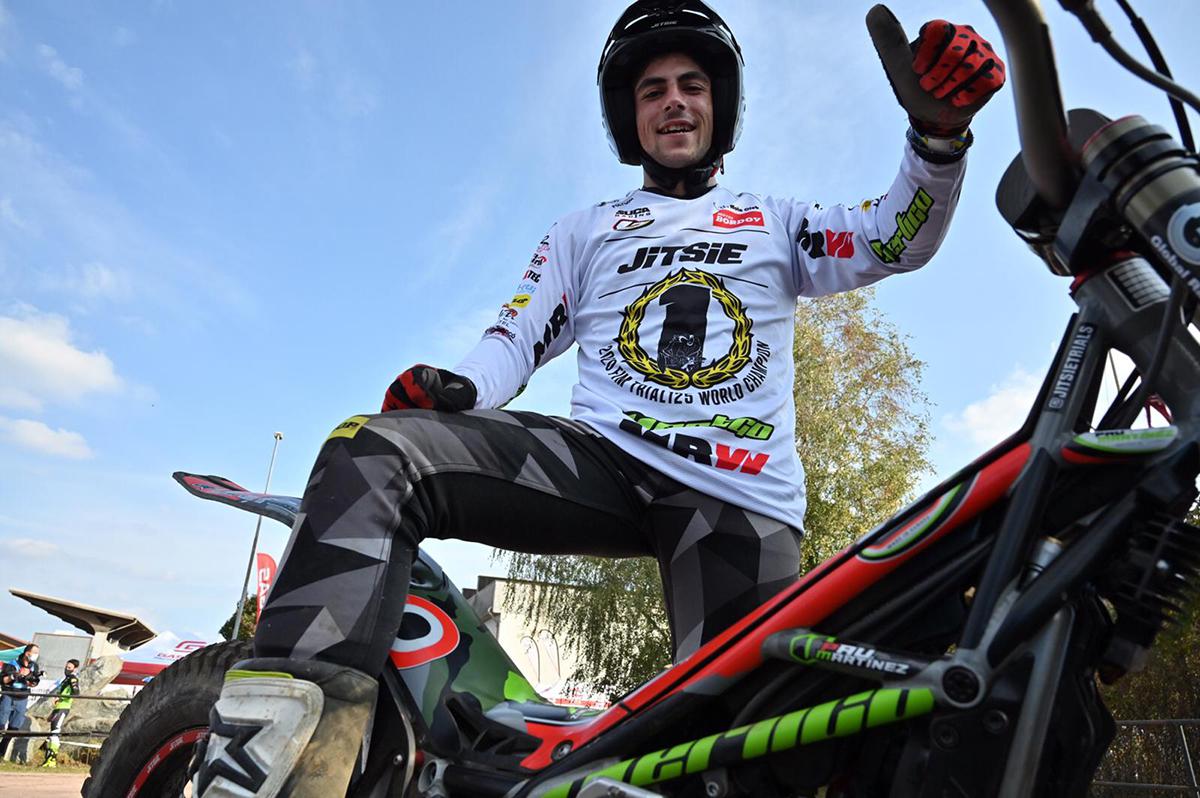 Historic day for Vertigo at TrialGP Italy, where Pau Martínez was crowned today Trial125 World Champion by clinching his fifth victory of the season.

Despite knowing he had great options of wrapping-up the title today, Martínez didn’t let pressure get to him and already in the opening lap he was leading the trial with a considerable gap ahead of Canales. It was just another dominant day at the office for Martínez, who pushed even harder in the following laps to drop his marks and keep a solid lead. He ended up 4 points ahead of Canales to celebrate his first World Title on the top step of the box.

With Guiraud taking 4th place, the only one who still had options to fight for the title, Martínez was able to certify the first ever World Title for Vertigo with still one round to go. Jaime Busto completed a stunning day for the team with a sensational 3rd place in TrialGP.