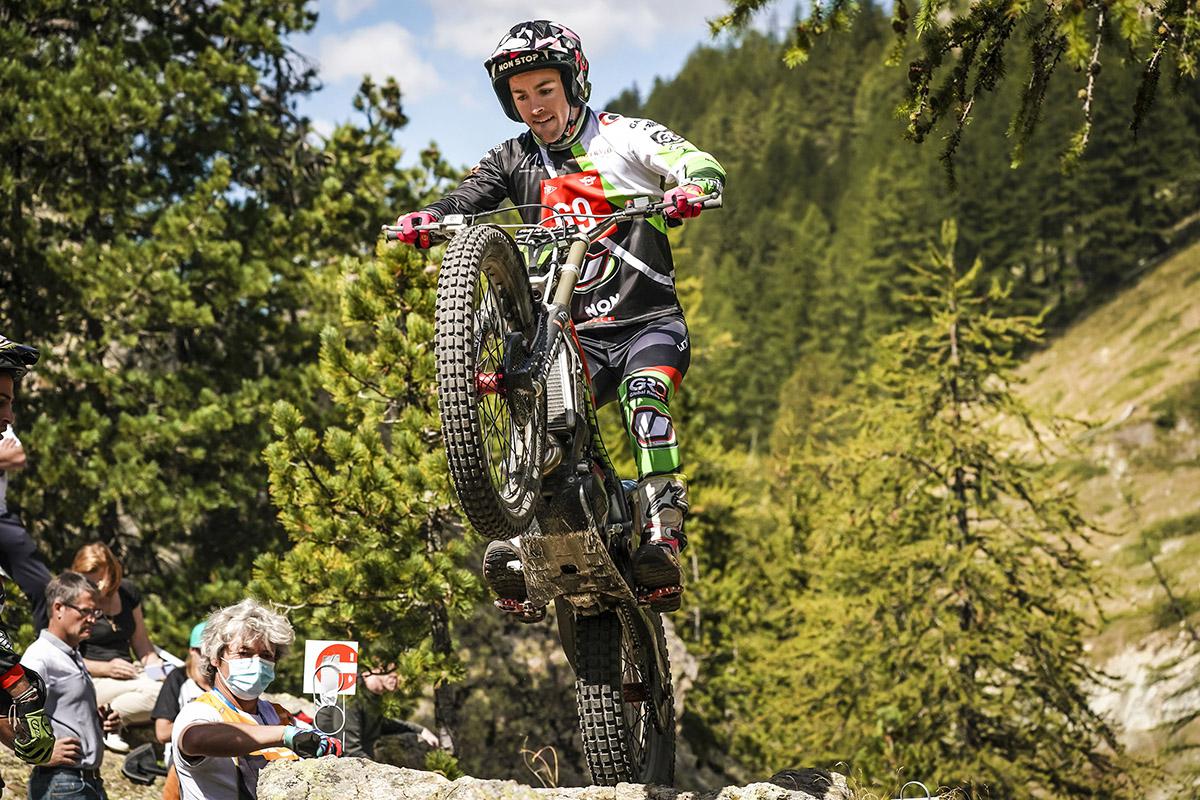 The TrialGP World Championship finally went underway this weekend in Isola 2000, France, with a really positive outcome for the Vertigo Fractory Team, which took advantage of its very unique fuel injection bikes to adapt really well to the high altitude of the French ski station and grab a handful of podiums in what has been a really strong start to the season for the green squad.

Jaime Busto, who had won the 2 Days Camprodon Trial just a week ago proved to be in great shape in France with two outstanding performances at the helm of the Vertigo R2. The Spanish youngster wasted no time in showing his competitiveness over the French sections, and with a solid riding he always kept himself within Top 3 positions. His efforts paid off and Busto was able to step up onto the second box of the podium in both days of competition, the same spot he currently holds in the World Championship standings only 1 point behind the leader. Jack Price left Isola 2000 with a couple of Top 10 finishes, he ended up in 10th place on day 1 to improve on day 2 and reach a 9th.

In TrialGP Women Berta Abellán didn’t disappoint and kicked off the 2020 World Championship season where she eventually left it last year, which is on the podium with two second positions. The Spaniard produced similar stories throughout the two point-paying days as she bounced back from irregular beginnings to post the best lap of the class in the last run through the French sections both on Saturday and Sunday.

In Trial2 Lorenzo Gandola and Hugo Dufrese enjoyed a really positive opening day of competition grabbing the Italian a great 5th place and the French rider trailing his teammate in 6th place. On day 2 it would be Hugo Dufrese who got the best out of the two rounding out the Top 10, Gandola had to settle with a 12th position.

Finally, in the Trial125 class Pau Martinez took his Vertical R2 125cc to an amazing double victory to become the first Championship leader of the season. Martinez’s riding suffered no set backs during the whole weekend and first on Saturday, then on Sunday, he took the win without giving his competitors any chance to fight for the top spot. Day 1 he won by 8 marks of difference, day 2 the gap extended to 21. An outstanding start to the season for the Spanish young prospect and the Vertical R2 125cc, which just a year after its release proves to be a World Championship winning bike. Pau Dinarés took a good 6th place on Saturday and Scottish rider Ben Dignan also grabbed a couple of Top 10 results, he finished in 10th place on day 1, 8th on day 2.

With no time to rest the TrialGP World Championship heads now to Pobladura de las Regueras, Spain, for the second round of the series next weekend.