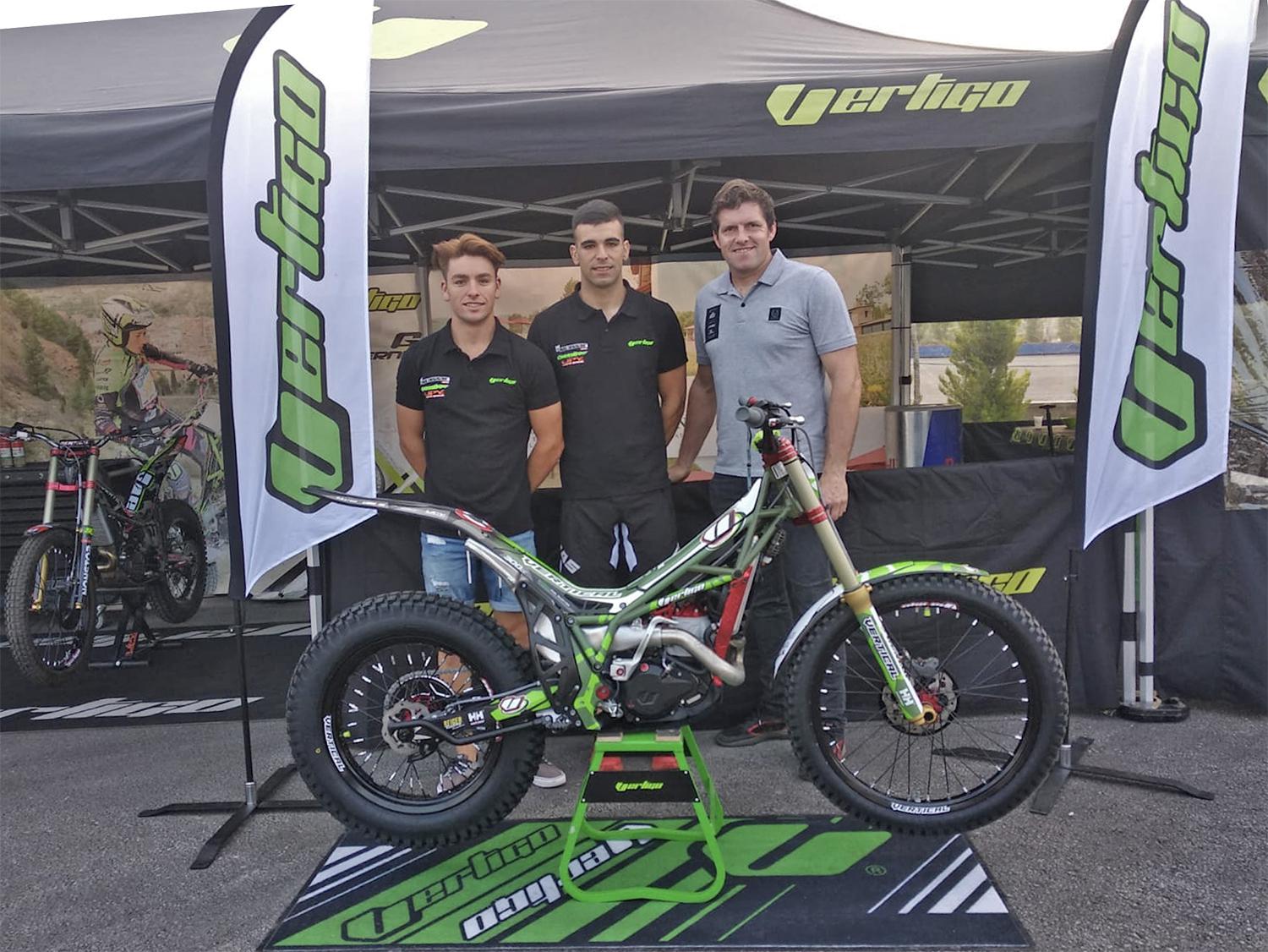 The 2019 TrialGP World Championship came to an end this weekend in La Nucia (Spain) after coming back to action from the traditional summer break. Jaime Busto arrived at the last showdown of the season in great shape after clinching his first victory of the campaign last week in the Spanish Championship, and together with an ambitious Jorge Casales, who was looking forward to finishing the 2019 in a high note, were set to be a pair of riders that should be fighting for the top spots. Same as Berta Abellán, the talented Spaniard had her eyes set on keeping her tittle chances alive until the last section of the day. Lorenzo Gandola and David Avendaño in Trial2 completed Vertigo’s line up in La Nucia.

A promising qualification session on Saturday left positive starting positions for Busto (2nd) and Casales (7th) on race day. After a pretty solid opening lap Busto was holding 3rd place before hitting the Spanish sections for the second time, with very small gaps between a numerous group of riders. Second lap was being even better for Vertigo’s young gun, but a succession of 4 maximums in the last 4 sections dropped him from 3rd to 5th. With eight extra points due to time penalty, Busto finished only 3 marks away from the podium.

Jorge Casales delivered two solid laps, almost matching his own punctuation of 33 on lap 1 with a second lap of 34. He was one of the best riders managing the time limit, so after penalizing only 3 extra marks he got really close to the Top 5 and not too far from the Top 3. He ended up with 70, what meant 3 more than teammate Busto and 6 behind the third spot.

Both riders finished what has been a strong season for the team in the premier class, as Busto finishes 4th in the Championship standings and Casales just behind in 5th, a great result for Vertigo that has put its two bikes inside the Top 5.

Berta Abellán confirmed in La Nucia an excellent campaign at the helm of the Vertical with yet a new podium finish, as she wrapped up another second place being once again the only rider in contention to break Emma Bristow’s dominance. On the opening lap an outstanding performance left her trailing Bristow by just 1 mark, on the second one, even though she managed to keep up with that pace her 19 marks weren’t enough to hold on for the victory and ended up 8 behind the Brit. This was a great end of the season for Abellán, who keeps making huge steps forward to become for second year in a row TrialGP Women’s runner-up.

In Trial2 Lorenzo Gandola combined impressive sections with small mistakes that dropped him out of the Top 10. In 15th, just two spots away from Ganodola’s 13th, placed David Avendaño to get his season’s best. In the general standings the Italian finishes in 10th place while Avendaño in 22nd.

Vertigo ends what has been a very productive campaign for the team, with a roster of riders that have been able shine in all the classes, showing great competitiveness and potential to get podiums and great results throughout the series. With the main goal to continue as a reference team in the World Championship, Vertigo is looking forward to start preparing the 2020 campaign. 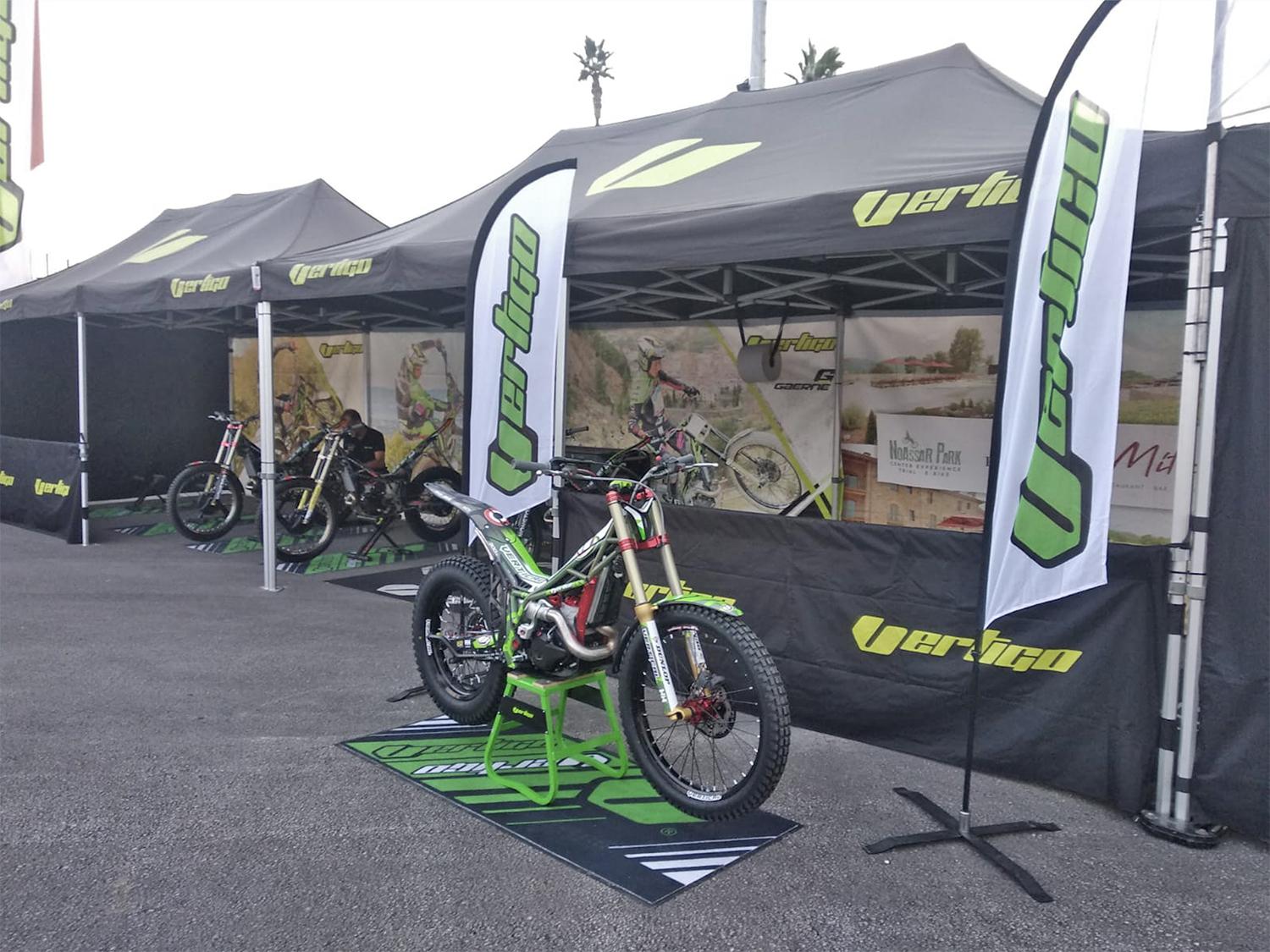