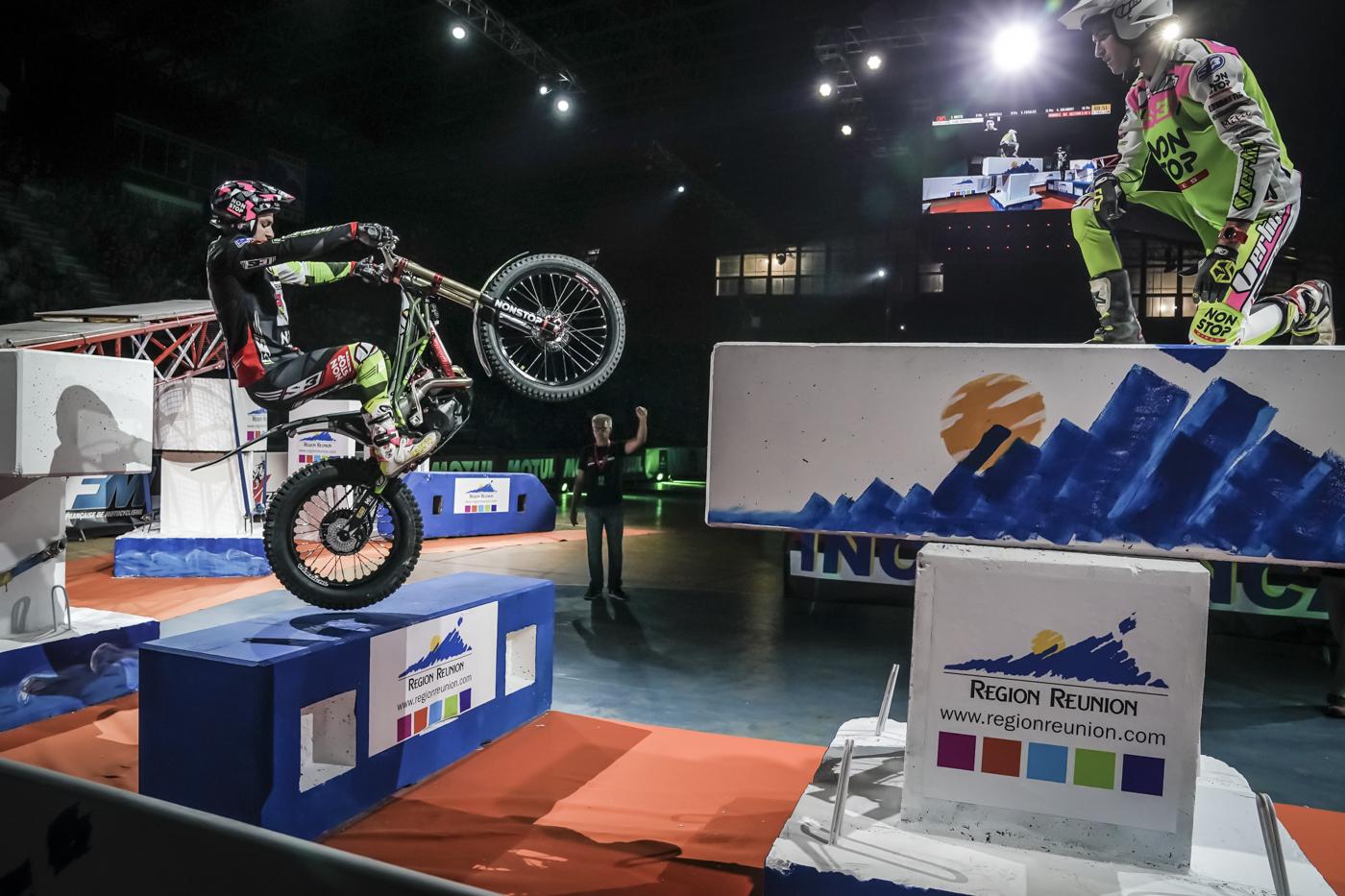 The Reunion Island hosted the opening round of the 2020 X-Trial World Championship, this being the first time in the history of the series that the season opener was held outside the European Continent. More than 3,500 spectators filled the Stade Jean Ivoula de Sant-Denis to vibrate with the X-Trial show, a show in which Jaime Busto (3rd) and Miquel Gelabert (4th) played a very important role with both debuting in indoor competition with Vertigo.

The first to hit the sections from the newly created Vertigo duo was Miquel Gelabert, who did it as the third rider of the first group achieving a solid round of 16 marks, which allowed him to pass the cut in 6th place. Jaime Busto entered the competition with the second group and secured his pass to round 2 in 4th place after leaving only 9 marks. In the second round Gelabert would compete again in the first of the groups, finishing with 17 marks to get his pass to the runners-up final. Jaime Busto joined Gelabert right after as the rider from Górliz ended up his round with 12 marks.

Both riders, debuting in an X-Trial event with Vertigo, delivered an exciting final to decide who climbed to third step of the box. At the helm of the Vertical 2020, it was finally Busto who picked-up the prize scoring only 2 marks against 5 from his new team-mate Miquel Gelabert. Gelabert demonstrated a very effective adaptation to his new Vertical 2020 closing his debut with an exceptional 4th place.

Second round of the X-Trial World Championship will be held in Rennes, France, this coming Saturday, November 23rd. 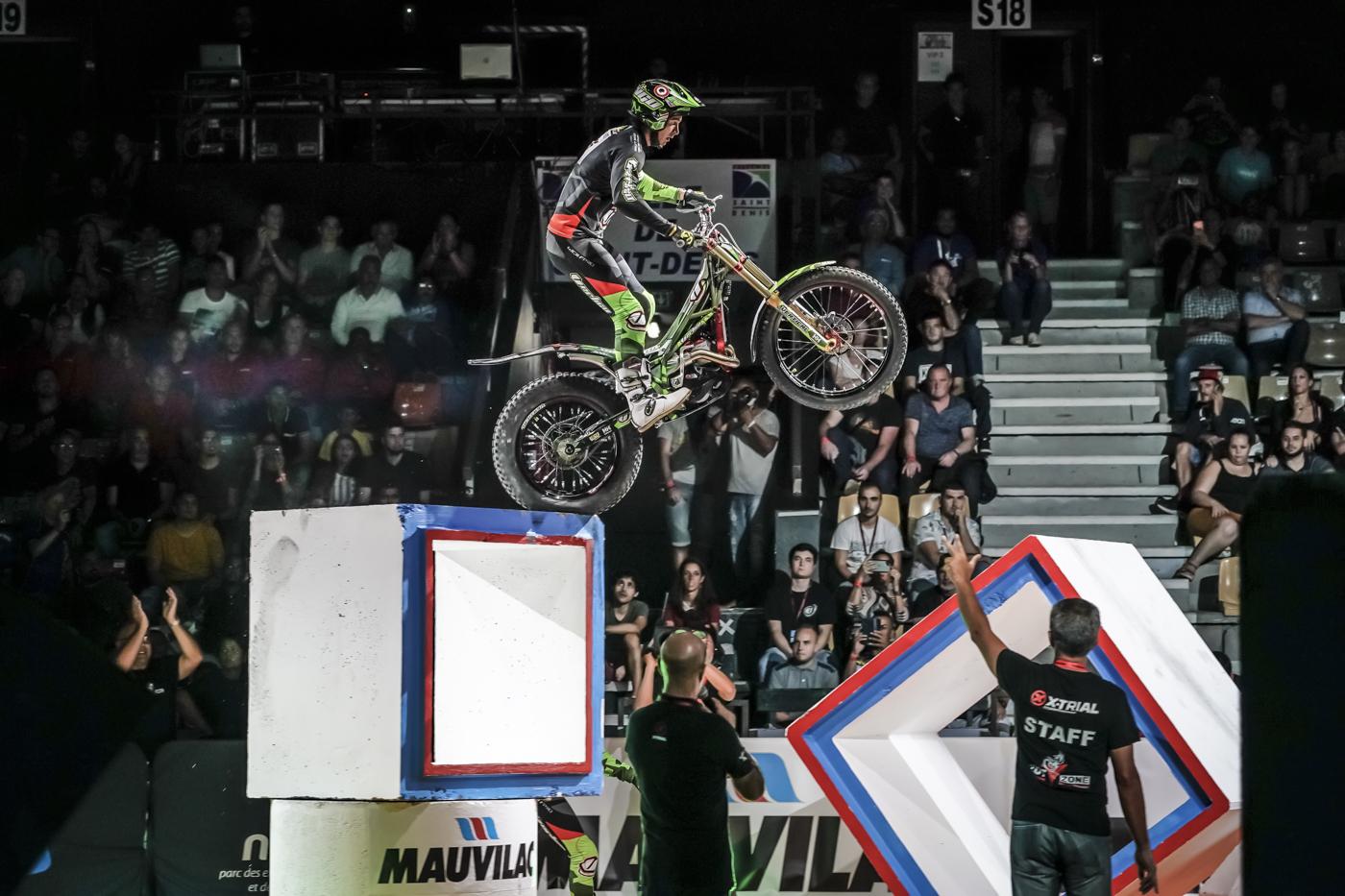