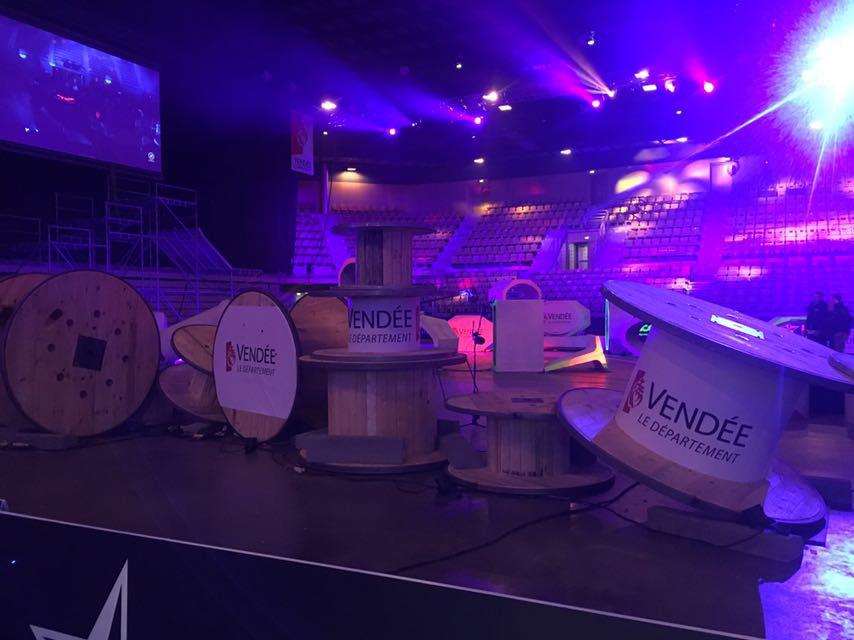 With cold weather and Winter already coming towards a new edition of the X-Trial World Championship have arrived, featuring a new competition and regulation system. The Vertigo team was about to have its first official outing, as both Jorge Casales and Arnau Farré had the opportunity the contest this season opener inside the “event riders” group, from where several riders will be alternating their appearances through the season.

The two were competing for the first time in an indoor event with Vertigo. Previously, only Jorge Casales had debuted aboard his new Combat Vertical in the Spanish Championship’s last round, while Arnau Farré had had scarcely two weeks of training before attending Vendée to make his debut in the 2018 X-Trial World Championship.

It was Arnau Farré who had to make the first run through the 6 French sections. In his same heat was also Jorge Casales, who was set to be the 3rd. After a solid beginning, Farré was only carrying 4 marks coming to section 4, where he dropped a 5 after a small mistake, something that also happened in section 5. Finally, he was able to clean last section and end round 1 with 14 marks.

Jorge Casales also had a promising start, arriving at section 4 with only 2 marks accumulated. This was a hard section for all the riders, as only two of them were able to clean it. Casales managed to penalize only 1 mark, to then add 3 more in section number 5. He ended round one suffering a maximum in section 6, which turned to be crucial in terms of entering into the 2nd round, as he ended two marks behind the 6th pace with a total of 11.

Positive conclusions after this X-Trial season opener taking into account all the changes the team has suffered for the 2018 season. Both riders showed their great skills and the capacity to fight for the first spots of the classification, even the fact that they were carrying a short period of training at the helm of their new bikes coming to Vendée. Casales and Farré will keep on working hard in order to arrive stronger in the following rounds.