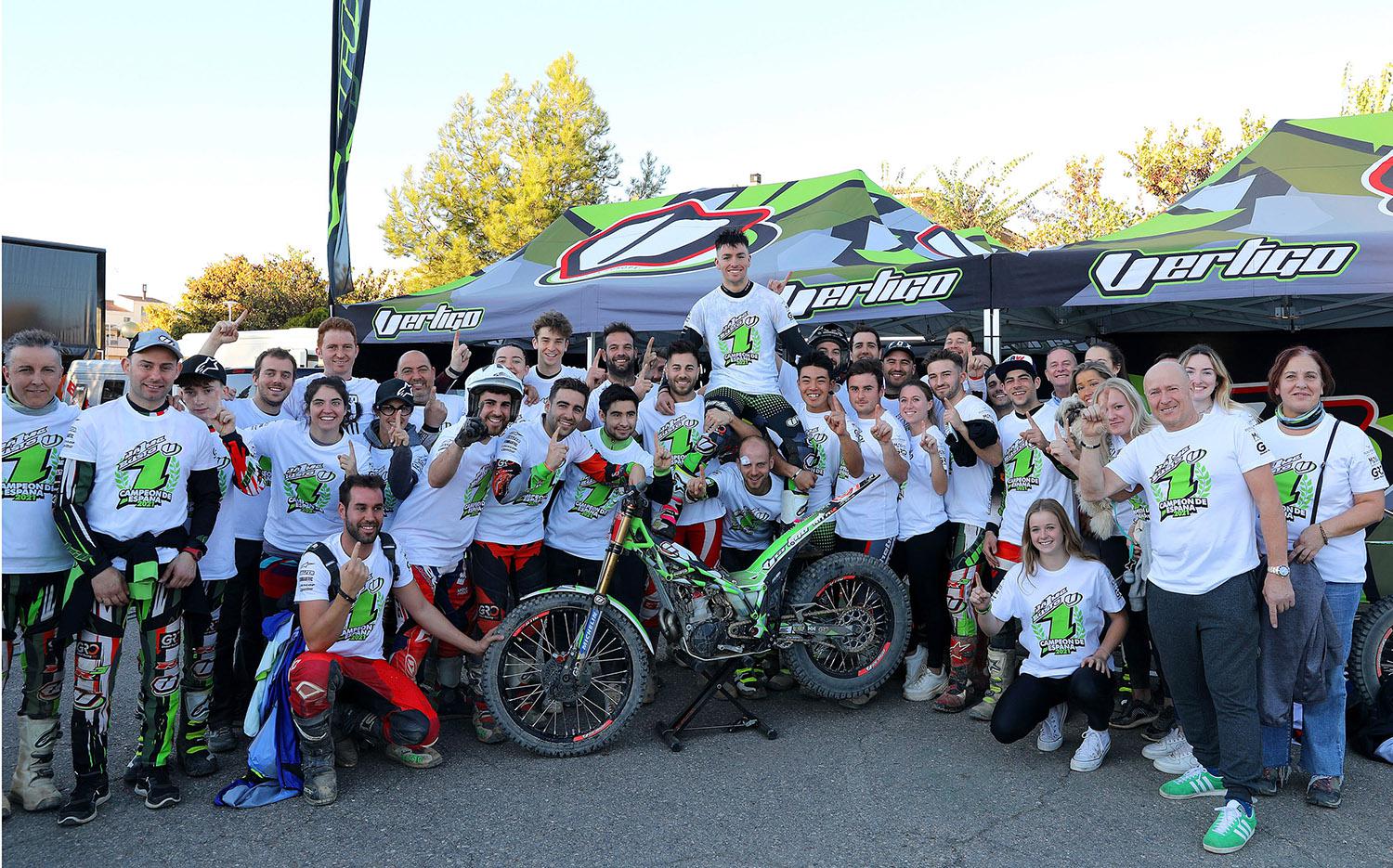 Jaime Busto made history for Vertigo this weekend at the last round of the 2021 Spanish Championship. The Spaniard was crowned 2021 Champion after a sensational season in which he has recorded more GP wins than anybody else, three including the one from this weekend in Aitona, and finishing no less than 2nd throughout the season to eventually wrap-up the Championship 15 points ahead of runner-up Miquel Gelabert.

At the helm of the 2022 Nitro, Busto did not feel any pressure as he started off the day recording the best score of the opening lap, only 4 points plus 1 per time. In the second it would be 6 plus 2, leaving him with 13 penalties at the end of the day, 3 less than second placed Adam Raga. This victory plus the title achieved, the first for Vertigo in the premier class of the Spanish Championship, represents the culmination of a fantastic second half of the season by Jaime Busto and the 2022 Nitro, with which the Spanish young gun has been able to unleash all his potential by getting on the podium in all the races he has participated in since the end of August, including the last five rounds of the TrialGP World Championship, the two of the Spanish series and the first of the X-Trial.

Apart from winning the 2021 title, Vertigo celebrated more success in Aitona with four podium results thanks to Pau Martínez, 2nd in TR2, Nil Riera, who claimed the Cadet 125cc title with his fourth win of the season, Joan Miquel Garcia with a 2nd in Cadet and Dani Comas winning in TR4.