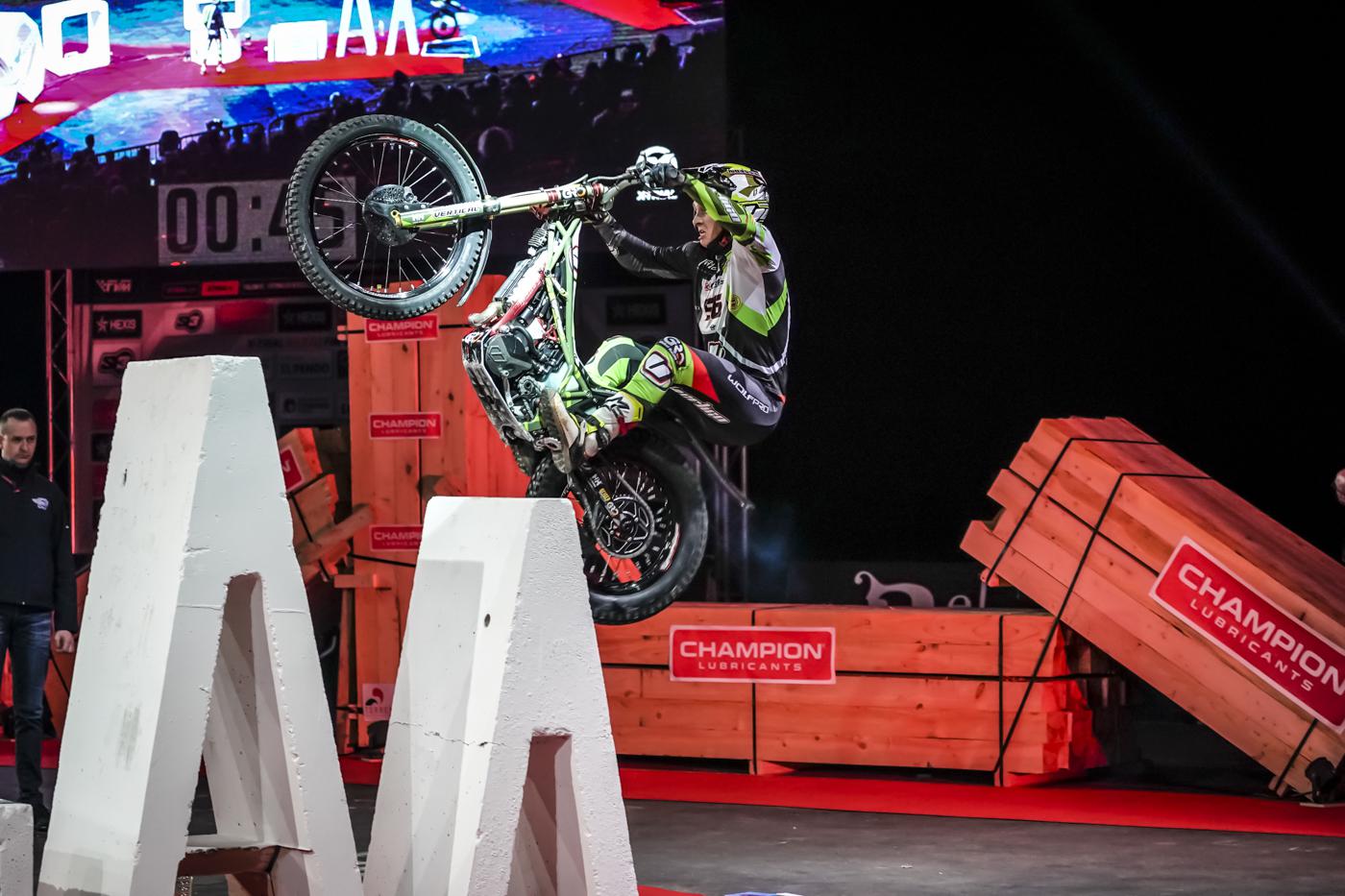 The 5th round of the 2020 X-Trial World Championship was held this weekend at the Bizkaia Arena in Bilbao. Without Jaime Busto, whose absence was officially announced a few days before the event due to injury, the Vertigo team was able to compete with Miquel Gelabert, who again demonstrated his great level and perfect connection with Vertical 2020 in the difficult and demanding sections of the X-Trial.

Gelabert was placed in the 2nd heat. He started the trial with 3 marks after the first two sections, in the third, one of the toughest of round 1, he added a 5 to then bounce back and make it through section 4 only leaving 2 marks. There was a tight battle between many riders arriving to the last section, which would eventually determine who was advancing to the semifinals. Gelabert couldn’t make it happen, despite his efforts he dropped a 5 that left him with no 2nd round. Now Gelabert sits in 8th place of a Championship that remains very close in the intermediate zone, only 4 points separate him from 4th.

The X-Trial World Championship takes a break and does not come back until the 21st of March in Wiener Neustadt, Austria, which will be the penultimate round of the Championship.