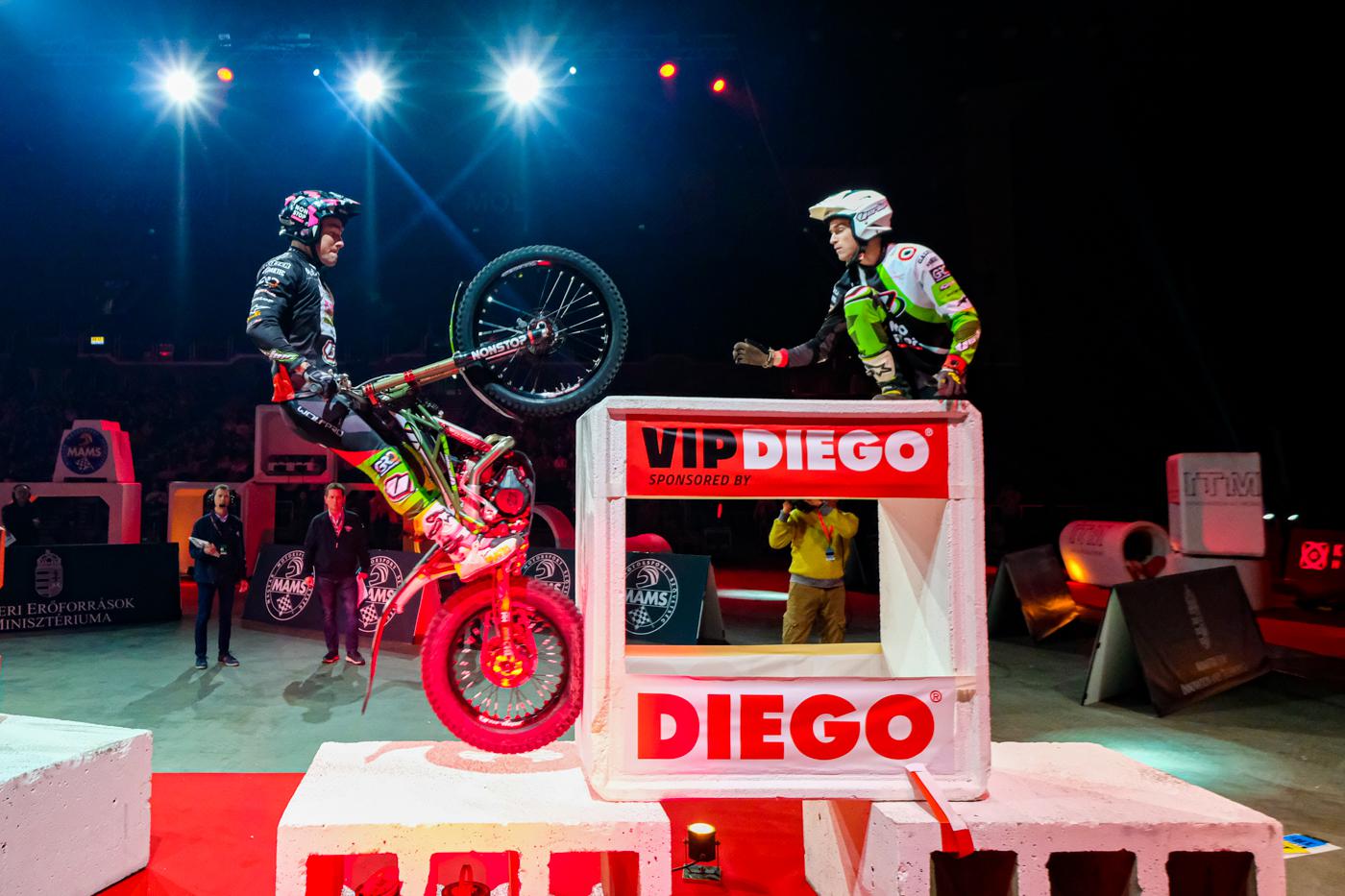 The X-Trial World Championship celebrated its 3rd round of the season this weekend in Budapest, Hungary. Jaime Busto and Miquel Gelabert, 3rd and 4th in the Championship standings coming to this event, were expecting to battle again for the podium spots after proving their true potential on the Vertical 2020 in the previous events. The night didn’t go to plan though, with both talents struggling on a very technical and non-grippy sections.

Jaime Busto couldn’t match his previous performances, in which he was able to get into the mix for the podium spots. Heat 1 went well for him, 11 marks meant he scored the 3rd lowest punctuation of the first round but when in semifinals, despite he pushed hard and tried to overcome the adversities from a tricky beginning he ended up with 25 marks and with a 6th place finish. This result allows him to keep the third place of the standings though, now leading the fight for the last spot of the Top3 by only 1 point over Fajardo and 2 over teammate Gelabert.

Miquel Gelabert couldn’t make it to the semifinals. He had his opportunity in the opening heat, he improved section after section, but three consecutive maximums in the first trio of hazards were too much to recover despite his efforts and a 1 and a 0 in sections 4 and 5. He came home with 16 marks and with a 7th place.

Next event of the X-Trial World Championship will be the iconic Barcelona Indoor Trial in two weeks time, the 2nd of February, which will be a great opportunity for Busto and Gelabert to bounce back in front of their home crowd.