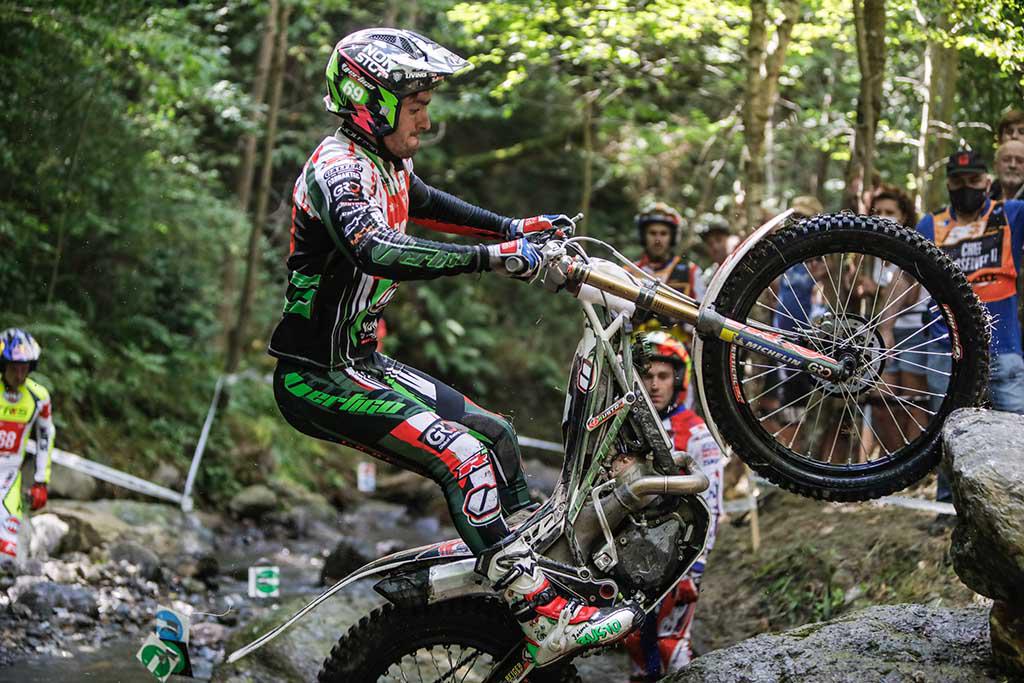 The TrialGP World Championship paddock quickly moved from Andorra to Cahors, France, to culminate two frantic weeks of competition that marked the beginning of the second half of the season. The trial, very much indoor style with big slabs and technical steps, turned out to be a low-scoring event, making each mistake crucial in terms of riders aspirations to reach top positions.

Continuing the excellent form exhibited in Andorra, Jaime Busto recorded back-to-back podiums after delivering an impressive second lap, going from initial 12 marks to just 2 to finish 1 out of second place. The new Nitro model once again showed great competitiveness in completely different conditions from what he had last week in Andorra, which proves its ability to perform at the highest level in any type of area and terrain. With this great result, Jaime Buso stays 4th in the provisional standings but now just 4 points behind 3rd spot.

In the Trial2 class Pau Martínez finished in 18th place with very similar scores on both laps, 17 and 18 marks. Japanese rider Yohito Taked struggled in this indoor conditions and could only manage to get a 26th place.

Cahors was set to be the season finale for the Trial125 riders. Ben Dignan had to settle for an 11th place, the young Scotsman started off very well leaving only 10 marks on lap 1, but on the second lap, three consecutive fiascos ended up undermining any chance of getting close to the podium. In the Championship standings, Dignan finishes in a positive 5th place considering he had to quickly recover from a knee injury at the beginning of the year.

Alfie Lampkin rounded out the Top 20 in what was his second World Championship experience, while Nil Riera finished his rookie season with a 22nd place.

The next race of the TrialGP World Championship will take place in Pobladura de las Regueras, Spain. It will be the penultimate round of the calendar before the final race in Portugal takes place just the following week, which will include the last point-scoring day for the 2021 World Championship (Saturday) and the TdN (Sunday), with Vertigo’s Jaime Busto and Berta Abellán having been selected to represent Spain. 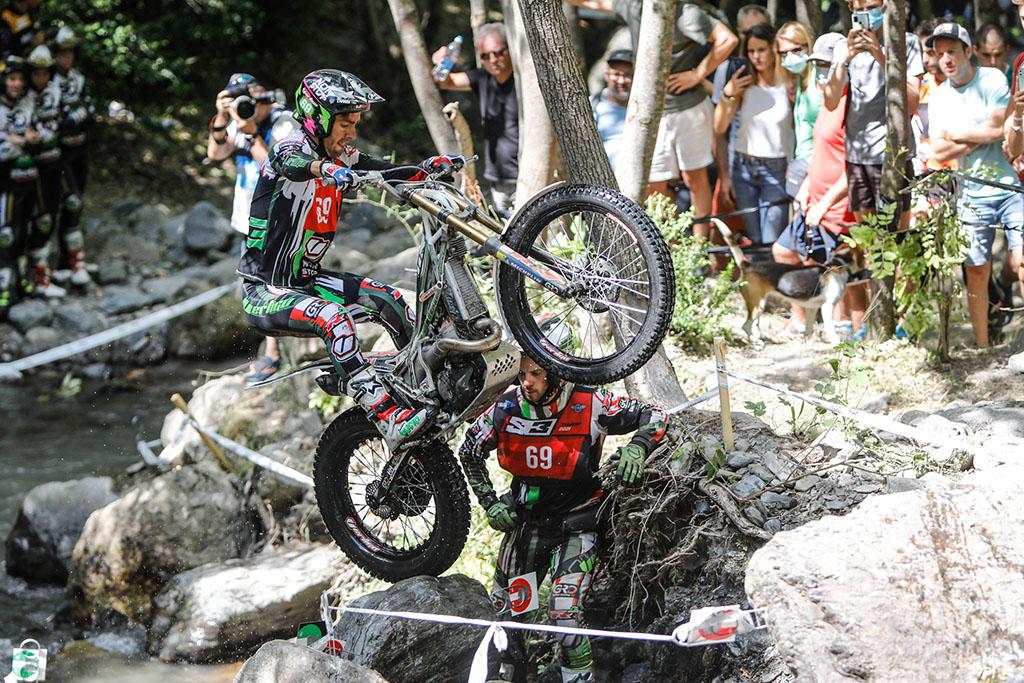 The TrialGP World Championship resumed in Andorra with the 3rd round of the calendar. The iconic steep and rocky uphills in combination with the slick riverbeds made for a challenging event as always at this historic venue, in which Jaime Busto and his advanced prototype of the R3, the new Nitro, delivered two outstanding performances to generate even bigger and exciting expectations towards the launch of the new Vertigo production model with two great results, a 4th on Saturday and a fantastic 2nd place on Sunday after leading almost all the event.

Thanks to these solid results in Andorra, Busto, who is also leading the Spanish Championship, moves up to 4th in the general standings proving he is in well shape and the man of the moment while showing the great competitiveness and qualities of the new Nitro, which will land on the market with a solid background in the most demanding trials competitions and the large list of great results Jaime Busto is providing in his 2021 campaign.

Pau Martínez also enjoyed a positive TrialGP in Andorra. The Trial2 rookie and reigning Trial125 World Champion earned his first points of the year at the Andorran sections in a class that this year is packed with a lot of talented and experienced riders, making it even more difficult for the ones stepping up from the 125 category like Pau Martínez. On Saturday he was 13th and on Sunday he would still be able to improve one place to finish 12th, both days finishing only 3 points away from breaking into the Top 10.

Another rider who is experiencing an impressive progression since he joined our Factory Team for the Trial2 World Championship is young Japanese Yohito Takeda. In only his 3rd World Championship event, he already managed to enter the Top 20 with a really positive 17th place on day 2.

TrialGP Andorra was the setting for another historic moment for the Lampkin family, with Dougie’s eldest son, Alfie, making his debut in a World Championship event on the same scenario where his father scored his first World Championship points 28 years ago. Alfie perfectly managed the pressure and really enjoyed his first experience in the TrialGP pddock almost reaching point-scoring positions on the opening day with a 17th place. Sunday would be even better, and with Dougie minding him through the sections, he put a great end to this beautiful story by finishing in 14th place and, for instance, earning his first World Championship points.

Ben Dignan was 6th on the opening day and was 4th on Sunday tied in points with the 2nd and 3rd.

No time to rest as round 4 arrives this week in Cahors, France, where Hugo Dufrese will make his comeback after recovering from a knee injury sustained in the French Championship. 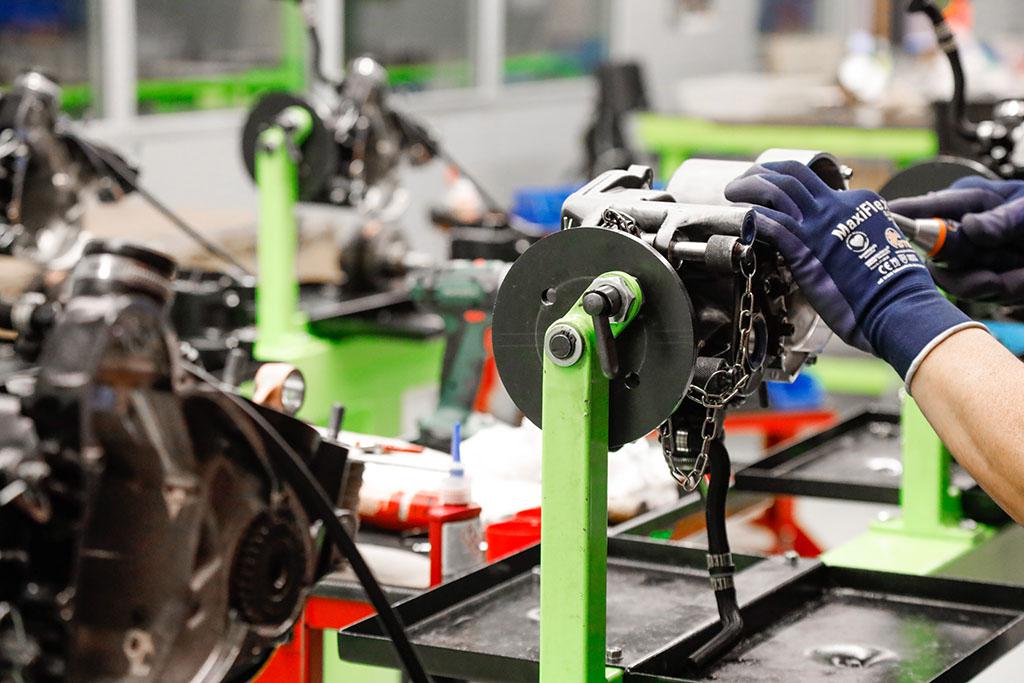 Vertigo looks forward to an exciting second part of the year. The project will receive a new and important boost from September, when the process to expand its facilities will begin following months of accurate preparations that have involved the whole Factory since the beginning of the year. This will mean having twice the useful surface area at its Palau-Solità i Plegamans factory, and will allow to increase its current production capacity with a new production line in view of the Nitro launch in September.

The brand is experiencing reliable progress and after a few years of hard work has now consolidated its models in the national and international market, backed by a very solid sports project that has put Vertigo right in the spotlight of the most prestigious and iconic events led by riders such as Jaime Busto, Berta Abellán, Pau Martínez or Dougie Lampkin, ambassador and Team Manager since the brand was born in 2013.

The expansion of the facilities will mean not only to increase production capacity, but a substantial improvement in the work flow and performance throughout the process that each model follows in the production line, with the main goal of continuing to offer to the Vertigo community reliable, competitive, exclusive and versatile models capable of satisfying both amateur and the most demanding riders of the sport.