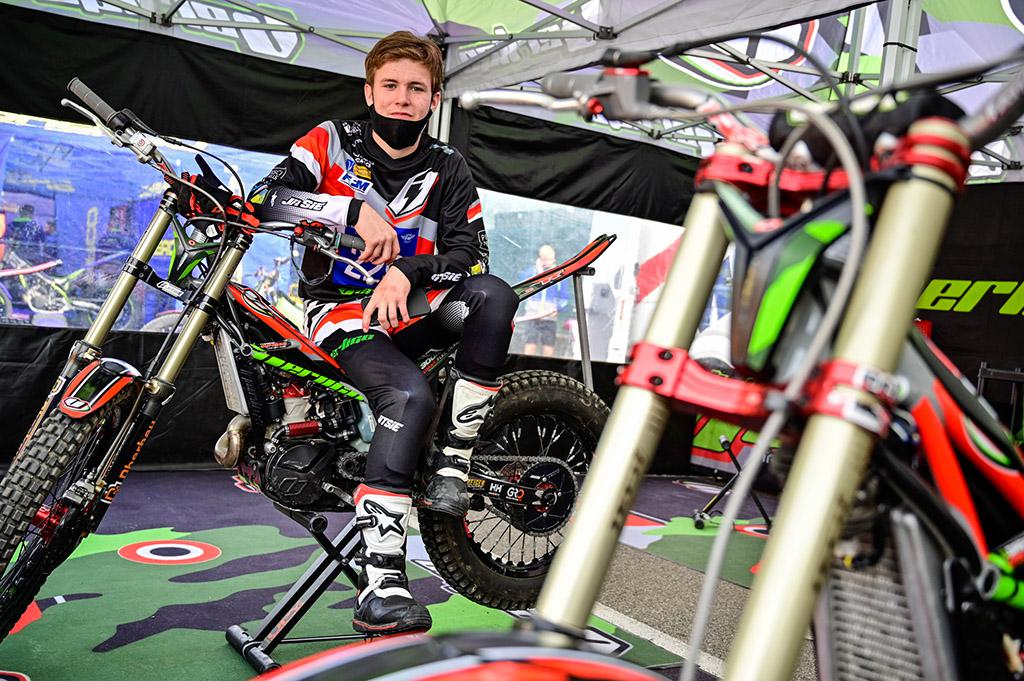 Vertigo has secured a contract extension of young French talent Hugo Dufrese, who will remain as part of the Factory Team through to 2022.

Despite 2020 being his rookie campaign in the highly competitive Trial2 class of the TrialGP World Championship, Dufrese showed promising glimpses of his great potential by scoring five Top 10 results over the year, with a 5th at the season finale in Italy as a season’s best. The Frenchman will definitely be ready to mix it up with the heavy hitters of the class next year now that he carries a whole year of experience at the helm of the R2.

In France, where he competed in the premier class of the National Championship, he delivered another strong run of results to take 3rd in the overall standings after recording three podiums out of three races.

Vertigo would also like to announce that Lorenzo Gandola won’t continue on green machinery in 2021. The whole team thanks Lorenzo for the two years he has spent under the awning and wishes him good luck in his next chapter.