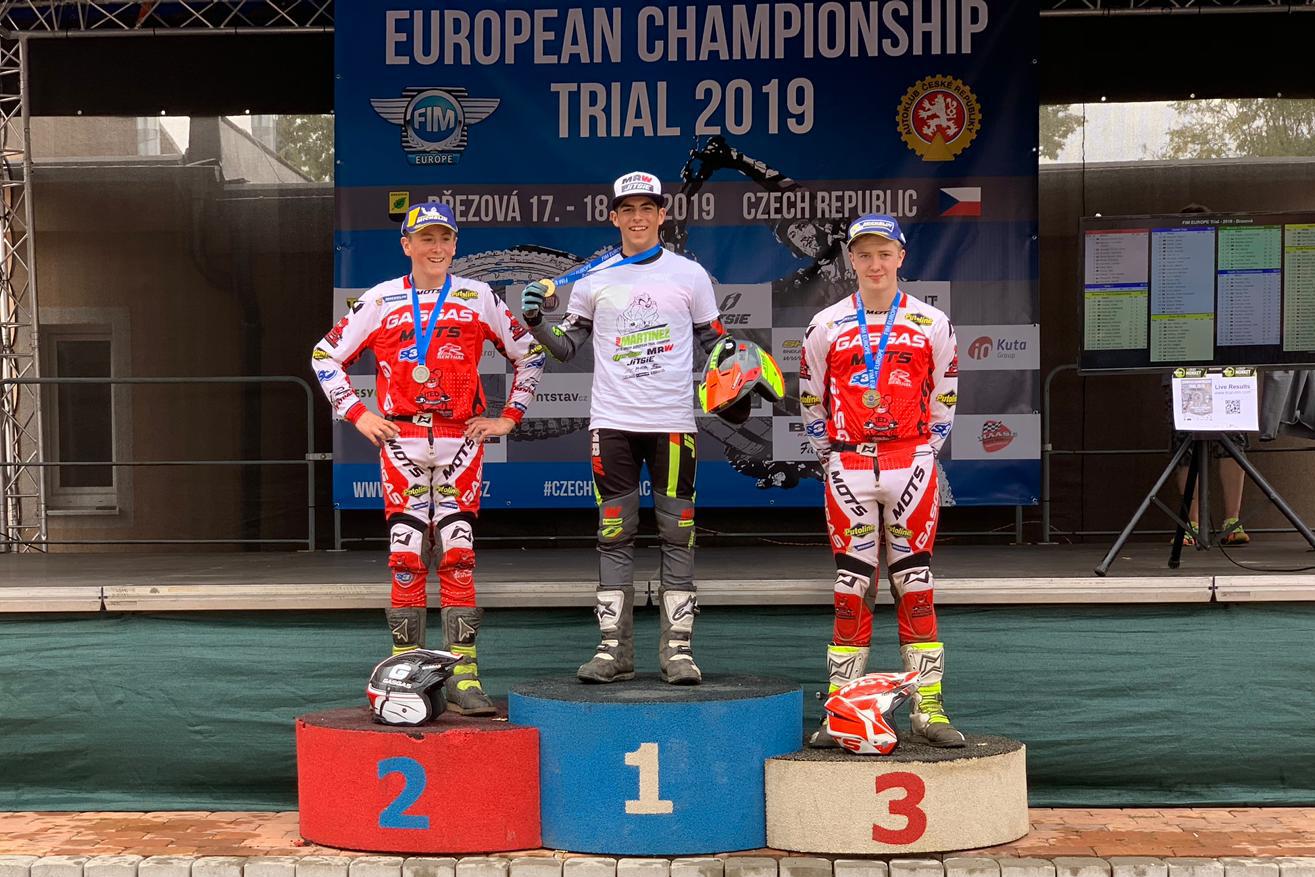 Pau Martínez completed in Brézova, Czech Republic, an outstanding season in the Youth European Championship. Vertigo’s rising star clinched the tittle after his runner-up finish in the last showdown of the series held in Czech soil a week ago. Seven days before, he had already made a huge step forward in his title race thanks to a third victory out of three events in France, what allowed him to ride free from pressure in the last race as he was holding a huge gap ahead the rest of the riders.

Despite not being able to grab his fourth victory of the season, his second place in Brezova confirmed the impressive level Martínez has been showing throughout the European series to end with a 45 points lead over the second place. Aboard the Vertical R 125c.c. he has been in a league of his own since the Championship kicked off earlier in April at Pietramurata, with any other rider being capable of matching his pace.

Another Vertigo Factory rider that put an end to his European season in the Czech Republic was Lorenzo Gandola. The Italian finished the series in great shape, scoring his best results of the season in the last two races with a third place in France and a fifth in Brézova to place 6th in the general standings.

David Avendaño missed the overall podium in the Junior class by just one spot. He finished fourth in a series that have seen him fighting for the Top 3 in every race. In Brézova had to settle with a 5th place. Leire Rodríguez finished 6th and 10th in the last two trials of the season inside the Women’s International class.

The European Championship hasn’t been the only point of interest during August, as Vertigo registered important activity in Canada and the US. Brand ambassador Dougie Lampkin and James Duxbury crossed the pond to organize four masterclass together with the importers from both countries. All them were highly attended by the local riders, who didn’t want to miss the opportunity to learn the basics of trials from one of the best riders in the history. Experience was a success, that is why Vertigo is already working to bring this experience to other countries.