Second round of the European Championship took place near Kreszowice, in Poland. The race was set in two days of competition, so both Saturday and Sunday were important to earn good Championship points. After winning in style the opening round in Castellolí (Spain) back in April, Berta Abellán landed on Polish soil as the points leader and in a great shape, specially after claiming another important victory at the last round of the Spanish Series.

Day 1 couldn’t start any better for Abellán, as she quickly discouraged her rivals by storming through the first set of sections to deliver only 5 marks. Trentini (Montesa) and Hakonsen (TRS), the first one with 10 marks and the second one with 15, were far away from Vertigo’s factory rider, who impressed everyone with such an early performance. On lap 2 Abellán would stay focused, and with anotherbrilliant ride she secured her second victory of the season as he only left 6 more marks for a total of11.

With the boost of confidence coming from her victory on the opening day, Abellán showed again on Sunday why she currently holds the Championship lead. She finished 2nd, 1 point away from the victory after a tight battle against Bäuml (Montesa). After all, this was either a great result for the Championship, as Abellán leaves Poland having widened her distance ahead of the field. Now, the European Series take a breath to come back in August. Next goal for Abellán is the TrialGP Women Championship, which begins this coming weekend in Japan. 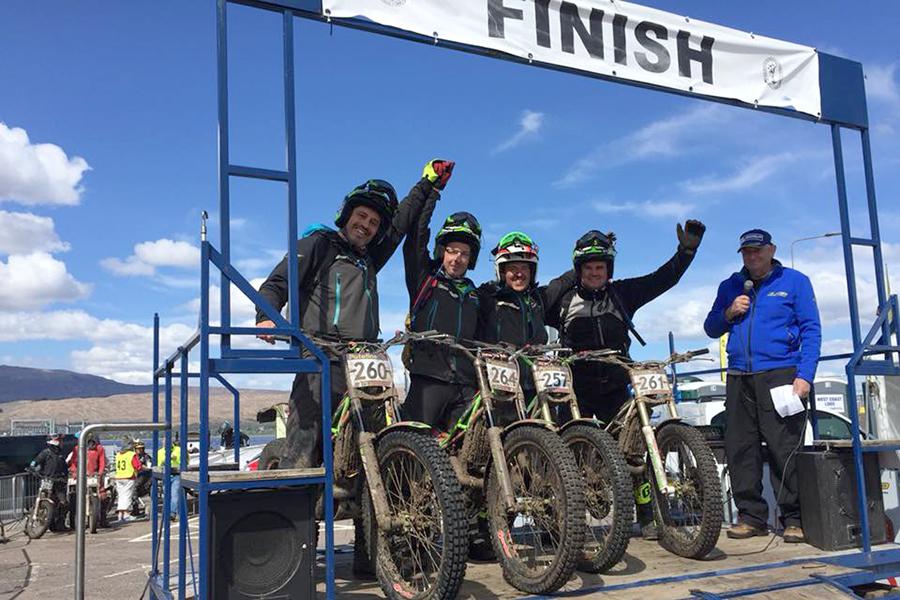 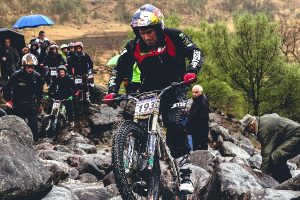 Fort William held a new edition of the Scottish Six Days Trial (SSDT), in this occasion, clearly marked by an adverse weather from the very beginning with rain, cold and mud making an important impact during the race to give some extra point of epic in the already most demanding race within the trials calendar. Amongst all the Vertigo riders headed to the Scottish Highlands there was a name highlighting over all the others, Dougie Lampkin, the already record-holder of 11 victories at the SSDT, who was clearly looking forward to getting his 12th victory.

Despite the pouring rain, the crowd didn’t want to miss any of the action and attended massively the opening day sections. The competition kicked off with Dougie Lampkin leaving one mark by the end of the day, which dropped him to 7th place of the general standings as a group of 6 riders were able to remain feet up throughout the first 32 sections of the week.

On Day 2 Lampkin had a clean ride and remained faultless, keeping the distances between himself and James Dabill (Beta) pretty tight and being able to reach 2nd place of the standings before day 3. Things changed dramatically in the half-way stage, when Lampkin was forced to fight against several tough situations. His determination led him reach the finish line with a total of 3 marks, which meant he was also three marks behind Dabill, who was carrying only one.

Great Champions are considered so for a reason, and Lampkin showed why he is one of the best trials riders of whole times. Without loosing his cool, the 12 Times World Championpushed really hard during day 4, when he was able to shorten the gap Dabill was holding to only 2 marks. At the helm of his Lampkin Replica, Vertigo’s developer and ambassadorwas sitting in 2nd place, and was ready to make the final assault to the victory heading to the last two days of competition.

On the penultimate day, even though it was the early one for Lampkin, he would only left 1 single dab,while Dabill would replicate that punctuation to arrive to the last show down with two points separating both riders. This is what makes this race so unique, as after 5 days of intense competition, the fight for the top step of the podium was still open. Knowing he had to give his best to keep his victory chances alive, Lampkin displayed all his skills and talent aboard the Lampkin Replica to materialize a brilliant performance that would eventually bring him his 12th victory at the SSDT. It was a master class fromLampkin, who ended day 6 with 1 only mark, enough to pass Dabill and become SSDT’s 2018 edition winner.

This is a victory that not only confirms Lampkin as the king of the SSDT, but also to extend theamazing Vertigo’s winning streak to 4 victories, all of them taken year by year since brand’s first appearance back in 2014. The team built by Vertigo and Dougie Lampkin have proved again its credentials, and confirms itself as one of the most successful tandem within the trial industry.Something to be proud of too is the fact that all the 15 international Vertigo riders made their way to the finish line, which is undoubtedly a great success that proves the reliability and quality of Vertigo’s current range of bikes.